It is widely regarded that caffeine can be used as an ergogenic aid to enhance physiological performance. Numerous studies conducted over the past 15 years have documented enhanced endurance performances. How exactly does caffeine affect your performance, and does it actually improve it? What doses are optimal for improvements? Read on to find out.

In 2009, Ganio and colleagues published a systematic review of 21 studies on caffeine in timed performance, they concluded it yielded consistent improvements in performance. The majority of the research studied cyclists, along with running, rowing and cross–country skiing, in events that are greater than five minutes’ duration. Although there was variability in results, improvements of up to 3 percent were achieved. This would be an improvement of around 18 – minute boost in a 10 – hour race.

It gets better, with results from recreational runners over 10km showed a 72 second improvement in time, while one hour time trailed cyclists boosted their performance by 90 seconds.

The intake of caffeine is critical, too little and it has no effect, too much and you can cause overstimulation and gastrointestinal distress. Caffeine supplementation at 3 milligrams per kilogram of bodyweight has shown no effect on cycling time trials, in elevated temperatures to 35 degrees Celsius.

The effects of caffeine are well documented in prompting a fight or flight response via the neurotransmitter, epinephrine, which increases the rate and force of muscular contractions, increases heart rate, blood pressure and essentially delivering more oxygen to the brain and other tissues.

Studies related to performance have observed similar responses on sedentary counterparts when placed on a 30 minute cycle time trial. Results show an increase in oxygen uptake and energy expenditure while also limiting the effects of perceived exertion, which is a positive barrier of entry for the sedentary subject. No changes in perceived levels of exertion were also shown in anaerobic performances on athletes. Subjects on a Wingate Test observed no differences in an all – out effort, while test subjects in another study were able to increase their speeds of the ’finishing burst’ in a 1500 – m treadmill test.

Contrary to popular belief about caffeine increasing dehydration, one study reported no evidence of dehydration on its 59 healthy male subjects for 11 days over varying levels of caffeine. It is reported 12 ounces of coffee or 12 ounces of water will have the same effect.

Are there any Downsides?

High doses of caffeine can cause gastrointestinal issues, nausea, shaking and overstimulation that can negatively impact training, sleep and potentially performance.

Recent headlines suggest that caffeine could be heading to World Anti – Doping Agency’s (WADA) prohibited substance list as of late this year. Experts are currently studying whether athletes are using it with the intent of enhancing performance. In order for it to be added to the list the substance must meet 3 criteria:

A calorie is a calorie, right? Therefore, if you have a balance between your Calories Intake and Calories Expenditure you should remain the same weight, right?

This rudimentary science is outdated and has been drilled into us for too long! I admit I was fooled for a while. What a lot of people and physicians neglect to account for is the endocrine system (Hormone system) chronic response with regards obesity.

Leptin and Insulin two foremost important hormones when it comes to obesity.

Leptin: Is secreted by the fat cells. It sends a signal to the brain that we have enough energy stored and that we don’t need to eat.

Although obese people have a lot of body fat and a lot of leptin in their bloodstream. The brain doesn’t “see” the leptin. It doesn’t see that we have enough fat stored and therefore thinks that we’re starving. This is known as leptin resistance and is believed to be a leading driver of obesity. What happens when you are starving? you eat! This creates that vicious cycle that ultimately leads to obesity.

It is believed that Insulin blocks the signals that leptin send to the brain. Therefore, if you have high levels of insulin and your brain never gets the signal that you are full, leaving you in a state of starvation and as a result continue to eat.

High insulin > No leptin signal > The brain doesn’t “know” that we have plenty of energy stored and thinks we’re starving, making us eat.

How do I lower my Insulin & combat weight gain?

I don’t want to demonise insulin, it is important to understand insulin is vital for our survival it is only when it is evaluated chronically it becomes an issue.

The easiest way to lower your insulin is through your diet. The main stimulus for insulin secretion is dietary carbohydrate. Especially fructose which is now added it to most the processed foods we eat today. I am not talking about fruit but added sugars in processed foods.

It is widely accepted that a low carbohydrate diet is the best way to combat chronic high insulin levels.

Wow where did February go? The year is truly back into full swing again.

Here is what what went on last month and what is coming soon:

Re-Brand coming this March
New year means new look! After 5 years of running Taylored Fitness, it is time to shake things up a little bit. With all the growth and development, it is time for a new logo that better depicts what it is we do.

Blog
Have you checked our weekly blog?
Check it out: TayloredFitness
Every Monday we release a new blog post on a variety topics. Recent blog post includes: Corporate Wellness, Pre-Season Training, Fair Setting.

What interest you? What do you want to learn about?

Endurance Athlete Group Training
This group Is now in full swing. Spaces for the Friday session where in high demand filling up within two days! 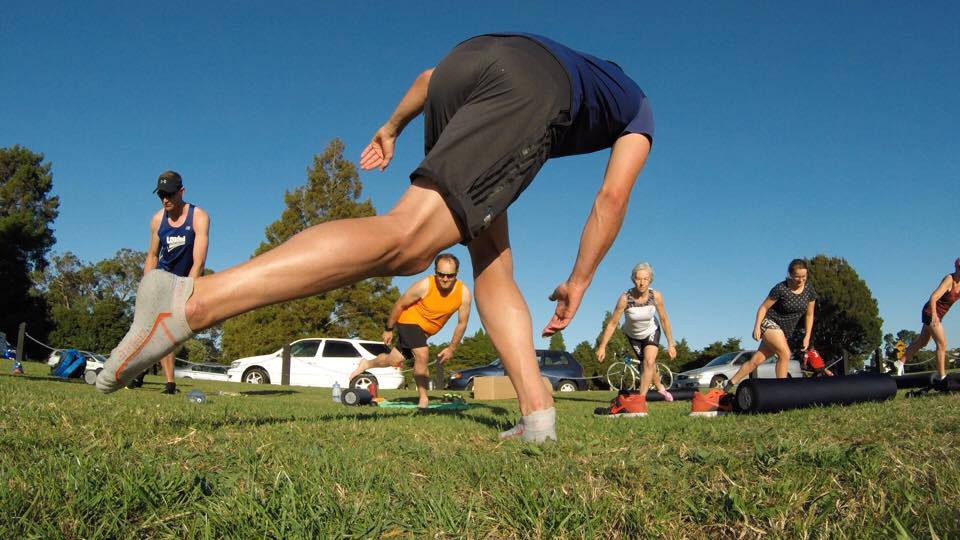 Here is what Brett had to say about his experience within this group:
“With back to back training days staying injury free and being able to recover quickly is extremely important. With the important key foam rolling techniques, mobility, strengthening and pre/post training exercises I have learnt at the endurance training group I have experienced remarkable results”.

Client Spotlight
Each month I want to share the personal experiences of our clients and their successes within the program.

“Thomas, my 14 year old son, is a good swimmer and unfortunately he hurt his shoulder. I took him to a physiotherapist a couple of times but felt the physiotherapist didn’t understand what was really needed for a swimmer and was only looking at the injury rather than what was really causing it. I then took him to Luke and noticed immediately a very different approach. Luke carried out an in-depth screening process that identified the underlying issues (which turned out not to be just Thomas’ shoulder). Luke then built a training program around this, monitoring and tweaking the program as and when required over the 12 sessions. Having seen how Luke works over this 12 session period I have a great deal of respect for him. I would struggle to take Thomas anywhere else now as I know Luke really understands the issues and caters the treatment plan accordingly.”

Client Adventure: The Tongairio Crossing
At Taylored Fitness we love to push client’s boundaries to the limit. When I had two clients mention they wanted to do the Tongairio Crossing for the first time, I jumped at the opportunity and said let’s do it together!
Not only did Rhys and Ashley accomplish the crossing for the first time but we managed to push and achieve a time of 3:25!! While still taking the time to soak in the scenery and take plenty of photos.